Says Craig McGahey “We would like to thank all the editors, directors, final mix engineers and producers who choose to support our home grown musical talent by using locally produced production music. Mama Dance works with over 40 South African composers and music producers whose March and September production music payouts form an important part of their income every year. Last year we paid out almost R300 000 to our composers”. 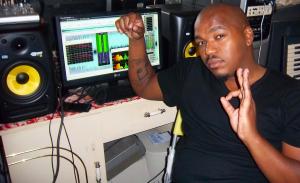 Zamile “Zet” Somciza is one such composer. He was the biggest earner on the Mama Dance ! Music Library in the March 2012 royalty payouts. A track he composed in 1999 for Mama Dance’s first production music album Kwaito House was used 11 years later in a big Radio ad campaign. These royalties have helped him do substantial upgrades to his sound studio.

Zet started working with Mama Dance when he was 16. His first releases with kwaito group DIMKOP were released on Hola Cape Town, the first ever Kwaito compilation from the mother city – The group received interest from mega international record labels like Palm Pictures (Island Records).

Over the past 15 years Zamile has produced over 40 tracks for the Mama Dance Music library, all of which have been well used. He excels in quirky energetic and upbeat kwaito and Kasi flavoured hip hop that is very popular for Sports and youth productions.

Mama Dance and their composers would like to thank the following TV shows for recently using South African production music (as well as the others not listed here!)

Mama Dance is a NORM member so their music can be used under various broadcasters blanket license agreements with the organisation.