Production music, an important earner for SA musicians and composers

In the past Production music was regarded as a less glamorous sector of the global music business, but now musicians and composers worldwide are increasingly reliant on the mechanical and performance royalties that are earned when their music is used in TV shows, Films and in advertising.

Whether it’s the latest Dubstep, Electrofried Kwaito, the sounds of Pan Afro House or edgy rock by critically acclaimed local rockers, Mama Dance is successfully getting the home-grown sounds out there.

“These days it’s easy for consumers to swap hard drives and download their favourite tracks from illegal internet sites and local musicians and composers are all suffering badly as a result. It’s far more difficult to get away with using music illegally on TV or on the internet. For this reason many of the world’s most successful producers also write for production music libraries and are very dependent on this additional revenue. It’s a fairly new industry in South Africa and Mama Dance was one of the very first companies to start releasing library music CD’s about 12 years ago. Now we distribute almost 2000 tracks on 57 albums on our super new web site and on hard drives” says Craig McGahey, Director of Mama Dance Music Library.

Benguela is one such critically acclaimed local SA group that has just released an epic collection of moody cinematic rock pieces on the Mama Dance Music Library. 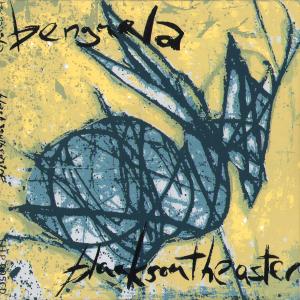 “When I first heard Benguelas album Blacksoutheaster I immediately contacted them and tried to convince them that their music would do well in edgy Doccies, films and hard hitting TV shows. After a few months of hard negotiations we are proud to finally have their unique and internationally recognised brand of improvised progressive “avant garde post-rock” on our library. It’s not unusual for our albums to earn a few hundred thousand rand over time and 50% of all these earnings are paid directly to the artists, so by using South African production music you are really helping out the local music industry ” Says Craig