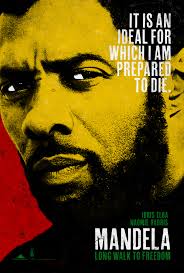 “The curious beauty of African music is that it uplifts even as it tells a sad tale. You may be poor, you may have only a ramshackle house, you may have lost your job, but that song gives you hope…” Nelson Mandela

The life of one of the greatest men to have walked the earth has come to end, but the story of that life will continue to live on in the hearts and minds of people the world over.

Mama Dance ! Music Solutions was honoured to play a small part in the legacy of Nelson Mandela when they were invited by Videovision producer, Vlokkie Gordon, to assist with music supervision on Anant Singh’s, Mandela: Long Walk to Freedom.

“From our first meeting with director, Justin Chadwick, it became very clear that music would play a major role in the production” says Dale Blignaut, who headed up Mama Dance’s involvement in the film.  “He wanted there to be music on-camera in just about every scene, so it was quite an achievement when we finally got it down to around 19 scenes!  It just goes to show to how important music actually was in the struggle and Mandela’s life as well.”

Mama Dance called upon the expertise of a number of ethnomusicologists to make sure that the songs put forward were accurate for the era.  These included Dizu & Vuyo Plaatjies, Pops Mohamed, Blondie Makhene and Rob Allingham, combined with a lot of research from the Mama Dance team and the film’s own researchers.  “I was very fortunate to be able to spend a few moments with Ahmed Kathrada,” continues Dale, “who gave first-hand insight into the songs that were sung and when they were sung.  An interesting fact which not many people know because of the struggle songs we hear today, like the infamous ‘Shoot the Boer’, is that a lot of the early struggle songs were reworked hymns and were not sung aggressively at all.  It was only after Sharpeville and the start of the MK that the tone of the songs changed.”

Copyright investigations into the traditional and struggle songs were often challenging and time consuming.  “The origin of a lot of South African struggle songs isn’t very clear due the way the songs came about,” Dale explains.  “They would start very organically with one person leading a well-known song or hymn in a gathered crowd and then changing a couple of words to fit the current political situation or demand.  Unfortunately no one took the time to fill in a SAMRO composer notification form,” Dale adds light-heartedly.

While the struggle songs were a large part of the film, music was also needed for Madiba’s childhood in Qunu in the 1920’s.  Fortunately, ethnomusicologist Dizu Plaatjies, who lecturers at UCT, was available to help with song suggestions.  Not only is he world-famous for performing with his group Amapondo, but he is also one of the countries few proficient Xhosa bow players and a cultural historian, who is trying his best to keep these traditional songs and instruments alive for future generations. Dizu and his wife, Vuyo, even got to feature in the film leading the traditional songs sung at Madiba’s first wedding.

Another scene that Mama Dance played a big role in was putting forward singers to play the role of a young Miriam Makeba in Sophiatown.  The part eventually went to the small-in-stature, but big-voiced, Nomfusi Gotyana, who is now making musical waves around the world.

All-in-all, the eight months of working on Mandela: Long Walk to Freedom was an incredibly enriching and rewarding experience that the Mama Dance team won’t soon forget and we are grateful for the hard work of the cast and crew and all involved who have created such a worthy tribute to such a great man.