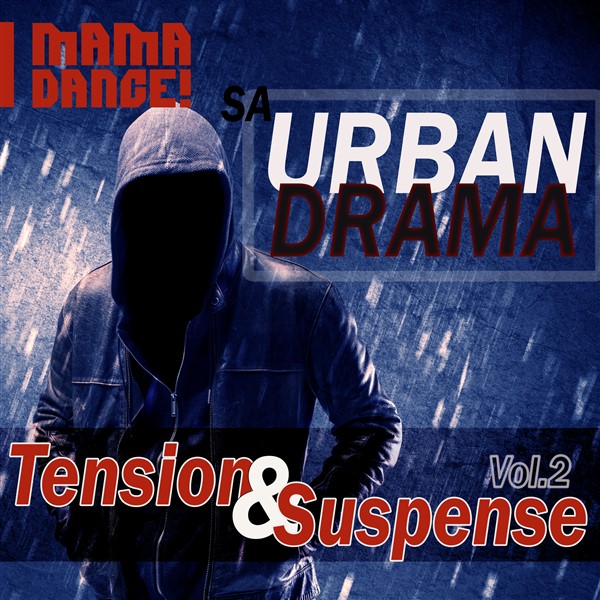 Realising the dire need for dramatic urban music beds for South African TV series, Mama Dance created a new production music series called “SA Urban Drama”. The two albums in the series so far focus on the Tension and Suspense moods and here are some of the talented composers that brought these library music albums to life!

Meet Carlo Fredericks hailing from Cape Town. Growing up in the 90’s/2000’s era, music, feature films and emerging video games were a direct impact on the style he would be producing in the future. Gravitating towards genres like trance, dance and house, drum and bass, retro synthwave and horror-esque styles found in video games like Silent Hill and Resident Evil films. With his full attention now, Carlo focuses his energy to become a household name when it comes to composing projects for TV and film.  Have a listen to his track called Enter The Krypt.

Meet DJ, MC, B-Boy, Capoeira, music producer and a member of the Legendary Hip Hop sensation “Black Noise” is a pioneer in Cape Town, South Africa. With 22 years plus experience and experienced in reading and entertaining crowds, keeping them entertained to his beats comes as second nature. As a producer he has produced beats on 4 Black Noise albums, featured on BBoy D’s album and worked on soundscapes with many artist and projects worldwide. Have a listen his track called Move in Silence.

Meet Sabelo Bernard September a Music Producer/Engineer, born and raised in Cape Town, South Africa. He is passionate about creating music and teaching young kids through online content. His known for his work on our Urban Drama albums, have listen to his track called Victory

Meet Hloma Soga a music producer, songwriter, keyboardist and sound engineer from Edenvale. “I started producing music in April 2013, working on my craft every day without fails, I believe constant practice and perpetual learning and improvement is requisite to becoming a top performer in any field. I plan to inspire and evoke emotion through my art. Music is beautiful and a universal language worldwide”. Have listen to his track called Nocturnal Shadows.

Meet Sethu Khoza also known as Pimping. The alias stems from the definition of “P.I.M.P” being “Profoundly Intelligent Music Producer”, therefore he is Pimping! He has been involved in music production for a little over a decade. He currently resides in Elspark, Germiston, Gauteng Province of South Africa. Growing up, his early musical influence ranged from Chicco Thwala, Sipho “Hotstix” Mabuse, Bra Hugh Masekela, Blondie Makhene to Peaches and Herbs, the O’Jays and of late music from Motif Records, House Afrika and Aftermath Entertainment. Have a listen to his track called Times Up.

Meet Mama Dance’s own, Ashwin Smith! A Cape Town based musician, he has been honing his musical production skills for the past several years. A singer/songwriter at the core, Ashwin graduated from a local music school and went on performing with live bands. Ashwin’s evolution into production music allowed him to introduce another element and extend the range of his talent even further. Check out his track Hoodlum City.