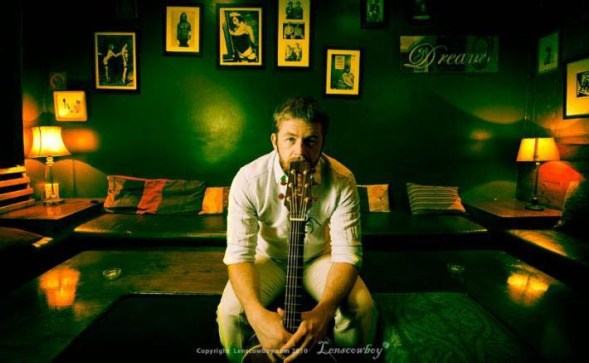 Acoustic Guitar genius, Matthew Gair, already has a number of albums on the Mama Dance ! Music Library and has just released his latest master piece, Feel Good Folk (MDML086), so the Mama Dance team thought they would find out a bit more about what makes him tick…

Best Friends – The opening track from the new album

Do you have a nickname?

Some of my friends call me Chopper, because I play the guitar and am from Zim. There is a famous musician from Zim called Simon “Chopper “Chimbetu. People on the street sometimes call me “Hey you!” but that was more in my petty crime days.

So Chopper, tell us a little bit about yourself: where were you born, where did you grow up and what career did you dream of having?

I was born in Bethlehem (the one in SA where there are no virgins) and I grew up in Harare. I wanted to be a singer-songwriter like David Gray. I was in a bunch of bands too but none of them really worked out.

What do you do from Monday to Friday, 8 to 5pm (or thereabouts)?

I work on sound for cartoons, ads and corporate vids mostly. I do all the sound work on Jungle Beat (kids cartoon shown in 170 countries) and I mix and do sound design for a few corporates too. Mostly for the states for some strange reason.

What takes up the rest of your time?

The rest of my time is spent with my wife, writing music, and trying to cut down on chocolate and beer.

When did the desire to make music first grab you and what was the first instrument you learned to play?

I saw a friend playing guitar when I was 15 I think. I’d played the clarinet in the orchestra at school for about 3 years and I hated it! So to hear an instrument and be so inspired by it was a revelation. The trouble is most of my friends had the same feelings so I learned the bass too so we could form a grunge band and become superstars! I kind of fell in love with the bass too which was a good thing and played in an afro-fusion band for a few years.

What instruments do you play currently and which instrument would you still like to learn?

I play the guitar pretty well, the bass, the uke, the mbira (thumbs like ostrich feet!), marimba (slightly….ever so slightly), I’ve hit a key on a piano before (does that count?) and I just bought a banjo so I’m plucking away at that like a red-neck with no teeth! Next up I want to get a mandolin.

Which artists or composers have influenced you over the years?+

Dan Romer can do no wrong. Anyone who manages to make a living in this tough game I am inspired by!

What are some of the challenges for local composers, artists and musicians and in South Africa?

I can only speak from my own experience but the major challenge is making a living just doing this. You have to wear many hats in South Africa. I love sound design, and mixing and spending time thinking about how a footstep should sound, or building a machine to make an insect wings beat, or how the eq should sound on a voice over so I feel quite lucky. I would love to wake up in the morning and only write music but the reality (for me anyway) is that I have to work on multiple things and just keep at it! The reality is it takes hard work and dedication to work in Sound and you aren’t going to be rich or famous but if you love it you can be very happy! 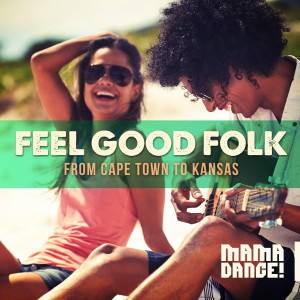 How did you find out about the production/library music industry?

Mama Dance came by my studio once to pitch the library for a show I was working on. I ended up chatting and sending through some stuff and the rest is history (5 albums of history so far!)

What are some of your favourite tracks from the 5 albums and do you think you have improved over the years?

I hope I’ve improved over the years!! Some of my favourite tracks are: Savanna Children (it gave me such peace when I recorded it), Unyumbaza, My Wife, The First Baobab (when it all kicks in) and on the new album I’m really proud of Breathe, Gentle Hearts and Bluebell. I’d had the banjo two weeks when I did Breathe and Bluebell so it was enormously satisfying to write new stuff with the Banjo.

You were the highest earning Mama Dance library composer in 2013, what has the extra income meant for you and your compositional work?

The extra income has meant that I could build my own home studio so I can work whenever I get inspiration.

Which music synchronisation are you most proud of and which are you least proud of?

To be honest I’m so thrilled everytime something of mine gets used I swell up with pride. The 21 icons campaign was very rewarding and to hear my stuff on CNN or being used in Australia has been great. The local uses are the best though because I get to see them and I always stop and always want to do a slow-mo airpunch when they play!! It’s always a dream come true when I hear stuff play in a show, or in an ad. I’m not in this for fame or anything. I just want to write music and everytime I get a sync it’s a step closer to full-filling my dream of waking up everyday and playing my guitar and actually getting paid to do it!

We are always impressed with the catchiness of your melodies.  Do you ever feel like the creative juices are going to one day just run out?

Yes. Every time I pick up the guitar I feel like I’ve run out of ideas….then something sticks and I forget about it. Might take ten mins, maybe 30 mins, maybe two weeks but as long as I stop thinking about it and just enjoy what I’m doing I seem to come out alright!

What would you do if you had to stop working in the sound/music industry?

If I could I would buy a parking lot. That’s just money for nothing.

What’s next for Matt Gair?

Everyday is a step towards sync and royalties supporting me and my family, next up is to write more music, try and get better with every piece. Try try try. No-one is here to do this stuff for you, you just have to work hard and hopefully it pays off in the end. Hey awesome South African production people out there, please use my new album in your shiny new production I promise high fives and hugs if we ever meet!