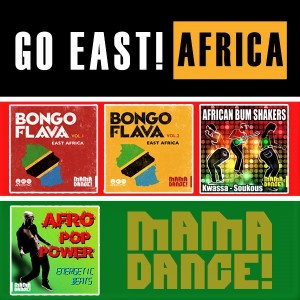 Over the past couple of years “Team Mama Dance” have been hard at work expanding into Africa.

And the hard work always seems to pay off!

Late last year they heard from the head of DSTV Media Operations in East Africa that the Mama Dance ! Music Libraries are their preferred libraries of choice for productions in Kenya, Tanzania and Zambia. TV shows on channels such as Zambezi Magic (Zambia), Maisha Magic Bong (Tanzania) and Maisha Magic East (Kenya) are now filled with music from the popular homegrown Mama Dance library as well as the 22 international libraries represented on the Mama Dance site!

The dynamic team have also formed good relationships with a number of Production Houses and Ad Agencies in East Africa who are constantly searching for fresh African flavoured tracks as well curated international music that works for their markets.
“It’s exciting times for us, and in 2018 we’ll be pushing even harder to source and compose more quality country specific African music as well as getting our libraries into more and more productions across the African continent” says Jeff Moffatt.

For a taste of some of the Pan African releases on Mama Dance, click on the albums below:

KIZOMBA & KUDURO – FROM ANGOLA TO PORTUGAL